Everybody who has had an experience with a narcissistic personality type has learnt how they operate and will over time come to further realisations in figuring out why they did what they did, the motivation behind their words and actions, basically what their tactics were. There are many expressions within narcissistic behaviours, depending on their environment, what other aspects they carry within their personality types of the Enneagram, what their own deep inner beliefs are regarding human life and their role they believe they play in that. As always, when connected firmly to the original love of one’s true spirit and purpose of the soul’s journey, everybody, even those who have shaped into a narcissistic ego type, could – by their very origin – become who they truly are; all human inspiring, youthful, enthusiastic, life loving beings. 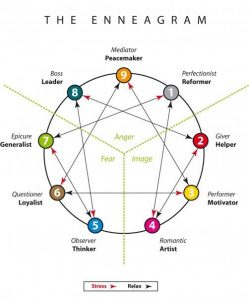 But, when governed by an unhealthy state of ego self, they become literally the opposite of their original selves (as everybody else does in their ego state). The artificial replacement of their spirit, the Higher Self,  has over time turned into a stubborn narcissistic model of self-importance, a form of self-centrism, convincing the mind that the earth only revolves around them; they firmly believe to be the universal center and everybody else is below that. Rather than honouring human life in a sense of Oneness, their focus is solely focused on their ego self. In order to achieve constant attention and feel dictatorship-like empowerment, people are needed to deliver constant admiration for their self-obsession. To ensure that those people are always at hand, specific mind games need to be played to achieve that. The usual tactics of a narcissist is to wheel people in with false promises and compliments to gain trust, find out where weaknesses are stored to then use strategies to lash out and attack the person’s fragility, at first when the shocked individual least expects it. This then generates more doubt and insecurity. People strong enough to see through these tactics will – for reasons of self-preservation – step aside to be free from such kind of toxic manipulative life destructive control mechanisms. Others, trying to regain approval of what they thought was a trustworthy connection, are desperately altering their behaviours to win back the attention of the narcissist, who – by the way – will blame the attacked for their sudden ‘out-of-character’ reaction.

From all personality types, the narcissist bully type is the most difficult one to come to some kind of self-realisation in a willingness to change, as they have now become too self-obsessed; letting go of this mania could risk their self-glorification and this would mean giving up their imaginary crown. Upon exploring the deeper psyche of a narcissist, one will find an underlying attraction to the dark side, giving them a false sense of power, justifying their reckless actions.

The accumulation of narcissistic actions among our society expands into narcissist leadership. The destructive tactics of Nazi leaders can be followed throughout history, all we have to do is open our eyes to see clearly!

Applied in politics, one must first create a state of inequality by ensuring that the gap between poor and rich becomes larger. The blame will later be shifted onto certain races, as this is their way to express dislike against the human race in general. After all, they are the superior race and nobody must interfere with that kind of artificial glory. The foundation -built to gain most of the country’s trust – is made by a string of false promises to then confuse the masses. Division is generated by blames games and false accusations in order to dismantle the healing power of love consciousness, leading away from Oneness. A cunning way to guarantee austerity and racism to the point where hate is all there is, needed for their power games to start a war. This will fire up those who – just like  Nazi politicians – profit in their irresponsible reign by total abuse of  power; after all they are not to blame for the poor state of their country but anybody else who doesnt follow the regime is to be held responsible. Their super ego has convinced them that they can get away with anything. On top of that they are desperate to win approval and be recognised by their leader, making them blindly follow a highly destructive role-model.

In the end nobody wins because once the persecuted race and non-followers of a false ideology disappear, the narcissistic rulers will have whoever is left over fight against each other.  Even their closest allies will be provoked, to the point where nothing is left to fight no more. Eventually these destructive behaviours will backfire onto the narcissist self.

When visiting one of the concentration camps you will find that there is total silence. The evil energies at work at the time is still filling the air to the point were birds don’t go anywhere near that space. Can you imagine a world like this and all because of having shown obedience to somebody, committed to dominate humans and all life on earth by killing it!?

Once again we must remember that every single one of us has the power to eliminate evil energies by connecting with our own divine self-empowering spirit, which is and forever will be eternal unconditional love. A high intelligence has put certain laws down to ensure that the good love we all carry from that can never be overpowered. It is down to us which power we believe and trust in; the power of total control or the blissful power of love. 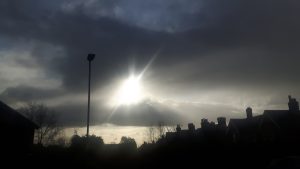